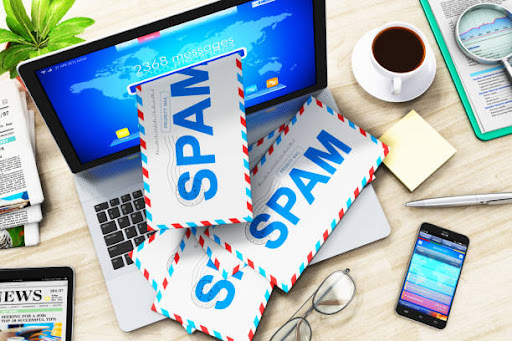 Now and then, I receive unwanted emails soliciting me for something or other. When I do, I realize that it’s much better than it used to be, but I’m still annoyed. Aren’t they aware of the Canadian Anti-Spam Legislation (CASL)? Don’t they understand they could be liable for severe fines?

I wrote about CASL several years ago. Not much has changed since the government removed the private right of action.

The Law Is Working

The law has reduced the amount of spam. One study found a reduction of 37% in spam within the first year of the law’s implementation, according to the government’s website. Also, Canadians filed more than 137,000 complaints, most of which were for unwanted emails over six months in 2018. The pace seems to have kept up. From October 2020 to March 2021, the CRTC received over 144,000 complaints.

The Canadian Radio and Television Commission (CRTC), the organization responsible for receiving those complaints and issuing fines, has also been busy. Since the law came into force in 2014, the CRTC has issued over $800,000 in penalties and $660,000 from negotiated undertakings, for a total of more than $1.4 million.

I believe the CRTC issued the largest fine to the Quebec company, Compu-Finder, in 2015 for $1.1 million. However, that was later reduced on appeal to $200,000. Several other companies, including Rogers, Porter Airlines, and Plenty of Fish have paid fines in the same range.

However, the CRTC doesn’t limit its oversight to companies. It also investigates individuals. It recently issued the largest fine on an individual. Scott William Brewer was fined $75,000 for sending over 670,000 emails in what’s known as a hailstorm-type technique. The notice states:

Brewer used a technique to send a high volume of commercial electronic message (CEM), particularly in relation to the Affiliate Marketing campaign, where 597,569 CEMs were sent in less than one week.

In 2017, the CRTC fined William Rapanos $15,000 for sending 58 unwanted emails. Ironically, the emails advertised a printed flyer business. Rapanos was fined for sending emails without consent to a business that sends flyers to homes where consent isn’t required.

If you receive unwanted emails, you have several options. My normal practice is to reply by stating that their email contravenes provisions in CASL and they can be liable for significant financial penalties. I use both my work and home email. This method works well, especially when sent from my work email. An email coming from a lawyer warning of financial penalties can be intimidating. But it works equally well from my home email, where I don’t refer to my profession.

Here's a recommended response (feel free to cut and paste):

I haven’t consented to receive your commercial electronic message as defined in the Canadian Anti-Spam Legislation. You are contravening s.6(1)(a) of the Act. If you continue sending me such messages, I will report you to the CRTC and you could be liable for significant financial penalties.

This is usually sufficient to motivate the party sending the email to remove me from their mailing list. I prefer this method, especially for small businesses that aren’t aware of how the law applies to them. It’s hard enough running a small business in this climate. An added CRTC investigation could be fatal.

On the other hand, if the same party continues to send you unwanted emails, then you can complain to the CRTC. Simply search Report Spam under CASL. You can fill out a web-based submission or email your complaint. The site provides the email.

What Can Business Owners Do?

Conversely, if you’re a business owner, you should be aware of the consequences. As shown above, the CRTC will fine you if you don’t comply. Remember that Rapanos was fined $15,000 for sending 58 unwanted emails. These types of penalties can damage your business. I know many business owners who couldn’t afford this.

Fortunately, it’s not that complicated. A little bit of research can go a long way.