Court finds estate responsible for injuries to innocent 3rd party, when testator’s body parts injure her after testator is hit by train.

Court finds estate responsible for injuries to innocent 3rd party, when testator’s body parts injure her after testator is hit by train. 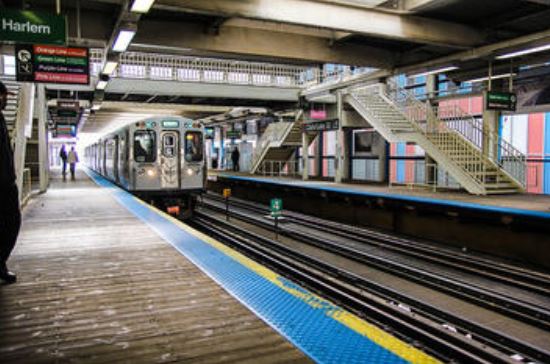 The title of this article was difficult to write. I had to include a lot of information in one line. Let’s recap: Someone crosses a train track and gets hit by a speeding train. That person’s body parts go flying into a crowded platform and hit an innocent bystander who is seriously injured. The injured party sued the estate for the injuries and won on appeal.This is one of those cases where the truth is stranger than fiction. I wanted to write about this for two reasons. First, while the facts are macabre, the story is interesting. Secondly, it illustrates the legal principles at play in terms of estate administration, an area of law we practice. While we don't practice litigation, for the sake of providing a complete overview, I will also briefly discuss the concept of negligence which is at the heart of this case.

The legal principle I wish to highlight applies to estate legal representatives. This is the general term that includes both executors or executrixes and administrators or administratrixes. If you’ve read our articles before, you’ll remember that an executor is appointed under a will. Conversely, administrators apply to court when someone dies without having made a will.When an executor or administrator takes control of an estate, that person is primarily responsible for paying the estate’s debts. If someone sues the estate, while a debt does not exist until a court renders a judgement, the estate may be found liable. In this case, the executor or administrator must deal with the lawsuit and make appropriate decisions along the way, such as defending against the lawsuit or settling. The executor must deal with the suit before he or she can distribute any of the estate to the beneficiaries.

While this is a US case, the principles above apply in the Canadian context. In the appellate court decision of Zokhrabov v Park, 2011 IL App (1st) 102672, the Illinois court of appeal overturned the lower court’s decision where the initial judge found that the deceased could not be responsible for the injuries because he had died before they occurred.

Facts of the case

On September 13, 2008, a young Hiroyuki Joho crossed the tracks at the Edgebrook Metra station in Chicago. Metra is a commuter train servicing the Chicago area. In order to reach his platform, Mr. Joho had to cross train tracks at a crosswalk. The evidence showed that the lights were flashing, indicating on oncoming train. Rain was coming down heavily and the sky was overcast. Witnesses testified that Mr. Joho had an umbrella over his head and he was smiling at other passengers on the platform where he was heading.An Amtrak train was travelling down the tracks Mr. Joho crossed. It was not scheduled to stop at the station and was travelling at the designated speed of 73 Mph. The engineer sounded the whistle. Everyone, other than the young Joho, behaved within reason and, more importantly, regulations.The train struck the young man sending his body about 100 feet onto the southbound platform where his body hit Gayane Zokharbov, knocking her forward to the ground. She sustained serious injuries, including a shoulder injury, a leg and wrist fracture.

The tort of negligence exists in all common law jurisdictions, including the U.S. and Canada. The concept of negligence is that a person may owe a duty to others (the duty of care) to act reasonably so as to avoid harming them. If a court determines that a person owes a duty of care, the court must then determine whether that person, in fact breached their duty. Did they act so badly that it was reasonable to believe that their action would harm others.In this case, the appellate court determined that young Mr. Joho owed a duty of care to the complainant, Ms Zoharbov. The court stated: "Therefore, when determining whether a duty of care exists in a particular set of circumstances, an Illinois court will consider, among other factors, the reasonable foreseeability that the defendant's conduct may injure another."In essence, the court concluded that Mr. Joho should have been aware that crossing a train track without paying attention to the warning signs was dangerous because a train could hit him. The Court also determined that a train hitting a body could foreseeably injure others.While the facts are quite dark and disturbing, the reasoning is sound, legally speaking. For example, replace the facts here with different ones. Mr. Joho should have been aware that (drinking while driving) is dangerous because he could injure someone else on the road and that this consequence is foreseeable.

This is a U.S. case. I suspect that Ms. Zoharbov may, as a result of her injuries, have paid important amounts for health care following the accident. It is common practice to sue in the U.S. to recover some of those expenses as the person causing the harm usually carries insurance. While suing in Canada is less prevalent, it does occur. The person responsible for the estate becomes the one who must deal with the legal action. This creates a significant legal burden for legal representatives.

We offer clear, understandable legal services from our offices in Winnipeg and St.-Pierre-Jolys. Our mission is to make law more accessible to Canadians.