Is The Court System Really Open To The Public?
Author:
Philippe Richer 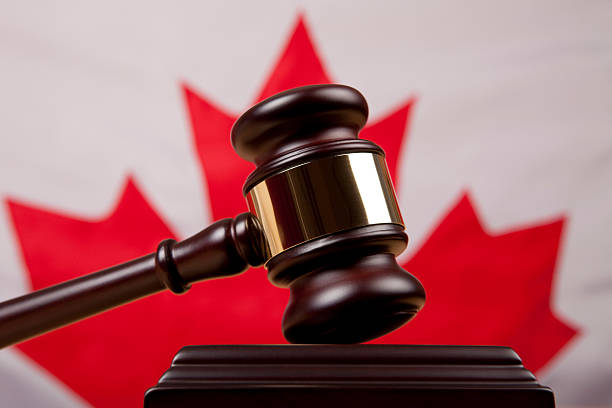 Openness is one of the hallmarks of our justice system. A person who has been wronged or a person who must defend against someone accusing them of wrongdoing can appear before a court. Individuals can even represent themselves.

So that’s the end of this article. Yes, the court system is open to the public.

However, lawyers have a saying: whoever represents themselves in court has a fool as a lawyer. While you can hear lawyers muttering this around the courthouse, it didn’t develop by accident. Nor should it be viewed as an indictment against individuals who choose to represent themselves. It’s too easy to fall into the trap of thinking that a lawyer is making fun of someone not educated in the “letters of the law.”

Rather, it’s an indictment of the system. The court’s so-called accessibility isn’t accessible at all. Recently, I came across this article on the CBC website.

The Odyssey Of Jonathan Lafrenière

The article describes the plight of Jonathan, who was accused of hiding faults with the property when he sold his condo. The story here isn’t about the legal issue. The buyers of the condominium had a defensible claim. Rather, it’s about the bureaucratic nightmare Jonathan experienced.

When the home buyers made the initial claim, Jonathan was never informed or notified of the action. He didn’t know about it until the sheriff’s office tracked him down three years after the condominium sale. Typically, when a plaintiff brings a claim in court, they must serve the defendant. The article doesn’t address this issue. So we’re not sure how the plaintiffs managed to have their case heard because a plaintiff must show proof the defendant was properly served.

In this event, Jonathan had no idea that a court ruled against him and that it had ordered over $4,000 in damages until he received the sheriff’s phone call.

First Attempt To Solve The Problem

Jonathan contacted the court to explain what happened and was informed that, under the Quebec rules, after paying the requisite fees, he could apply to have the case re-heard, which he did. He claims to have followed the rules laid out for him.

The court advised that he would be contacted soon. After a period of silence, he contacted the court to get more information. At this point, the court advised him that he was supposed to formally request the plaintiff’s materials, including the evidence. No one had advised him of this prior. He was also informed that the deadline to file his defence had passed. Again, he heard this for the first time.

His troubles didn’t end there. For a fee, he was able to ask for an extension to obtain the plaintiff’s file against him and file his defence materials. In the end, a new hearing occurred. The court still found him liable but reduced the damages to $1500.

Is this a good result? On the legal issue, probably. But the bureaucratic nonsense continued. He paid the damages and thought the entire episode was finally behind him.

Finally Over? – Not So Fast…

A year later, the bailiff’s office called seeking the initial $4,000 plus interest and administrative charges of over $1,000. Jonathan explained the situation expecting this to be a bureaucratic mix-up. While the bailiff’s office dropped the demand for the original $4000 damage payment, they advised Jonathan that the interest and administration fees were still owing according to the rules.

They explained he could apply to the court to have those reversed for a fee. Again, he heard this for the first time. In the end, Jonathan gave in. He’d had enough.

I’d like to say that Jonathan’s experience is an exception or that our system in Manitoba is much better. After all, Quebec bureaucracy is legendary in its complexity. But unfortunately our court’s administrative component operates in a similar fashion like all courts.

In our estate work, we must submit applications for probate to court. While we use prescribed forms, our applications are sometimes rejected. While the reason for the rejection will be stated, these reasons are often news to our staff. Whatever the reason – these “rules” aren’t published anywhere - we only learn about it by virtue of rejection.

If an individual decides to represent him or herself in court, that person cannot ask court staff for help to complete the forms. Court administrative staff take the position that help amounts to legal advice, which they cannot provide. Court staff can only advise on the appropriate forms for the type of court action or procedure requested. However, they can’t tell you what action to take to begin with if more than one appears available. It can be very frustrating for the uninitiated.

For instance, if you proceed by way of application when a statement of claim is required, you won’t know until you appear in front of the judge. The opposing party has an opportunity to have your action dismissed.

So, Is The Court System Open To The Public?

While the courts were established so that individuals could have their say, the modern reality is quite different. Courts develop as a bureaucratic organization that establishes rules and guidelines only known to those who use the system regularly. Even for us lawyers, the system can be cryptic. If you must represent yourself, be patient - you’ll need it.