What Happens When An Attorney Dies? – Power Of Attorney Problems
Author:
Philippe Richer 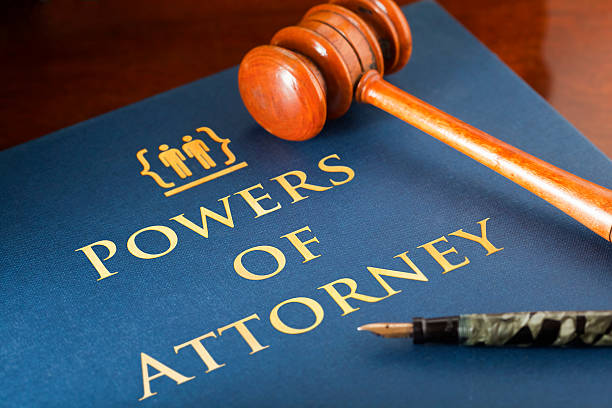 A power of attorney (POA) allows a donor to appoint someone (or multiple people) as the attorney. The attorney helps the donor with their legal affairs. I’ve written about the importance of this document before.

These documents work well and as intended. We have drafted over a thousand POAs. Rarely do we run into problems. Like most things though, they aren’t perfect.

What Happens When The Person Named As Attorney Cannot Continue To Act?

Most POA documents contain provisions that allow a named Attorney to appoint substitute attorneys. We include this provision so Attorneys can name replacements when the named Attorney isn’t available.

These are only necessary if the donor (the person who signed the POA) has become incompetent. If a donor is still competent, the donor should decide who’ll replace the named Attorney. A donor would do this by simply drafting a new POA, usually working with their lawyer.

Attorney Substitution When The Donor Is Incompetent

If the donor is incompetent, this provision becomes important and requires further scrutiny. Unfortunately, it can be confusing. Are we giving the Attorney the power to name a permanent or temporary replacement?

While the named Attorney is legally entitled to act as the Attorney, this distinction is academic. In the end, it doesn’t matter if a substitute is a temporary or permanent replacement. The fact remains that the newly named person can assist the donor and enjoy all the powers the named Attorney holds.

What Happens To The Substitute Attorney When The Named Attorney Loses Their Legal Authority?

Conversely, if the substitute attorney “steps in the shoes” of the Attorney, then the relationship is handed back to the donor and the newly appointed attorney becomes directly responsible for the donor.

When a named Attorney appoints a temporary substitute, the “chain of command” goes from:

The named Attorney stands in the middle and takes the authority given to them by the donor and delegates that authority to the substitute. If the “middle man” loses their legal authority (by becoming bankrupt, incompetent or dying), the chain is broken.

The donor is left without an attorney and the temporary substitute loses their power.

When a named Attorney appoints a permanent replacement, the “chain of command” goes from:

The “middle man” removes him or herself. He or she passes the baton to the substitute attorney, who now reports directly to the donor (but as the donor is incompetent, the newly appointed attorney becomes responsible for that person).

Late last year, this problem arose for one of our clients. The facts are unique (even though the problem created isn’t). In our client’s case, a mother and father had created valid POA documents some time ago.

More recently, the mother developed dementia and eventually lost her legal capacity. While the father retained his capacity, his health deteriorated. He had drafted a new POA naming his daughter, our client, as the Attorney. However, the mother only had her old POA (the father).

Under her old POA, the named Attorney (the father) had the power to appoint substitutes. So he named his daughter as the substitute Attorney.

So the daughter, as the named Attorney for her father and substitute attorney for her mother accepted an offer to purchase their home. Unfortunately, the father passed away before the possession.

As the father had passed, the daughter signed the transfer documents to transfer the title of the home from her parents to the purchasers. The property registry refused to accept the transfer because the daughter's power to affect the mother’s legal affairs ceased when the father passed away.

This case stands for the proposition that the death of an Attorney ends the POA. We have a saying in law: bad facts make bad law. Potasky created a problem for our client.

In that case, the wife of the deceased Attorney applied to the court to be named attorney in the place of her deceased husband (for her mother-in-law). Since her husband’s passing, the wife has taken care of her mother-in-law. I assume that she needed to do something that requires a valid POA.

For some reason, she waited several years before applying to court. While the POA act allows a court to exercise its discretion to appoint a new attorney, the court was faced with the difficulty of appointing someone several years after the last attorney died.

Rightfully, the court was concerned that if it approved the wife as the attorney, it would establish a precedent where POA documents could remain valid indefinitely, even though no attorney was there to “steer the ship.” This would create uncertainty that goes against the principles of common law.

In my client’s case, that’s exactly what happened. If the reasoning in Potasky applied, the death of the father ended the mother’s POA. We needed a valid POA to complete the transfer of the home. The purchasers had already moved in!

We applied to court and argued that Potasky didn't stand for the principle that the death of the attorney ended the POA. Rather, Potasky was a good example of the appropriate use of discretion. It was appropriate for the court in Potasky to refuse to exercise its discretion. Having a POA document “floating in limbo” for four years isn’t reasonable.

This interpretation fits better with the other legal principle at play. Statutes (laws passed by the federal and provincial governments) displace principles of common law. The POA act clearly states that the court enjoys wide discretion. The common law principle relied upon cannot erase that.

In the end, the court granted our application. However, it didn't give reasons. This was a matter of expediency. The property transfer was stuck in limbo. There was a sense of urgency.

So now, while we do have precedent to show that a judge can exercise their discretion to appoint a new Attorney after the named attorney dies, we don’t have published judicial reasoning to use for guidance.

Perhaps in time, the court will provide further clarification and practitioners will have a readily available decision to rely on. Meanwhile, we’ll have to rely on these more obscure, unpublished decisions and hope for the best when a judge raises concerns.